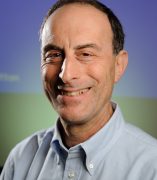 Jerry Meyerhoff is the Principal Technologist of JDM LABS LLC, his consultancy which assists clients across multiple industries to achieve Electromagnetic Compatibility. Previously with Continental Automotive Systems and initially 36 years with Motorola, Jerry identified best product design practices to utilize Radio-Frequency effects. Jerry holds multiple Motorola patents and was a member of their Science Advisory Board Associates, SABA. He is very active in the IEEE EMC Society, as an officer in his Chicago Chapter and frequently presents to public, academic and industry forums. He served as a Distinguished Lecturer to chapters in North America . At Symposia he presents techniques for EMC problem identification, correction and prevention.

Jerry earned his BSEE in Communications Engineering from UIC in 1970. He is a founding and ongoing Board Officer of the UIC EAA , Engineering Alumni Association. There, for 20+ years, he led the TechTalks program. He is on the UIC ECE Department ABET Advisory Board. His childhood fascination with Amateur Radio IGNITED his technical side. He enjoys bicycle touring and advocacy. On the personal side, Jerry grew up in Skokie Illinois, commuted by CTA to UIC where he met his Wife Joanne (Gambardella) BA Ed 1971. They live in Buffalo Grove, IL and have 2 adult children. We both deeply believe in and support the mission of UIC.