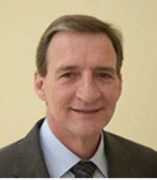 Ralph Pini recently retired from BlackBerry as Chief Operating Officer and General Manager of the Mobile Business unit after a long career in the wireless industry. He received his BSEE in 1976, MSEE in 1983—both from UIC—and an MBA from Lake Forest Graduate School of Management in 1992. Ralph worked at Motorola for over 30 years and eventually became Senior Vice President and Chief Technology Officer of the Cellular Wireless Business Unit. He was part of the team that created and developed the many iconic cellular products like the MicroTac, StartTac, and Razor to name a few. These products revolutionized the wireless industry and set new standards in performance and in wireless communication. Ralph returned to UIC as Associate Dean of Corporate Relations in 2005 to help bring industry closer to the College of Engineering. He helped evolve the Engineering Advisory Board by attracting new members, created a technology center to help students work on key projects addressing major Industry technical challenges, and helped set up the multi-disciplinary Innovation Center. Ralph held a number of Board positions and was appointed President and CEO of Paratek Microwaves in 2009, a startup later sold to BlackBerry.