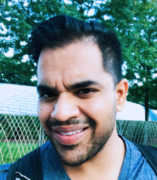 Rohit Pasam is a technology trailblazer with proven expertise in bringing to market game-changing products that solve complex, real-world problems and have brought more than 250 sustainable high-paying technology jobs to the U.S. economy. He is the CEO of Xaptum, a fast-growing, venture-backed Chicago startup accelerating the adoption of the Internet of Things. In 2013, AT&T named him one of their top innovators for creating the world’s first Internet-of-Things product offering. Rohit won the Chicago Innovation Award in 2015 and was named one of Crain’s Chicago Business’s “Tech 50” in 2017. His company was also recognized by Crain’s for its product that holds potential to proactively prevent Mirai-type botnet cyberattacks and by CB Insights, IDC Reports, and 451 Research as a major contributor to the digitalization of the Industrial Internet of Things.

Before Xaptum, Rohit founded successful technology businesses in technology services. He is a biomedical engineer by training and one of the early pioneers of mathematical-model development for simulating human organs and biological processes. Rohit has authored and been quoted in articles on business innovation for publications like the St. Louis Business Journal—which named him a St. Louis “30 Under 30”—and has been recognized by Missouri’s secretary of state for public service and contribution to the community. He is currently on leave from his PhD in bioengineering from UIC.