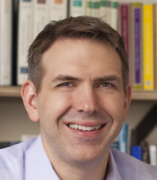 Stuart Bailey is a technologist and entrepreneur. For more than two decades, he has focused his career on commercial and research applications of analytic and data intensive distributed systems. After serving for six years as technical lead for UIC’s award-winning Laboratory for Advanced Computing/National Center for Data Mining, Stuart founded the internet infrastructure company Infoblox, which went public in 2012. While bringing successful products to market over the years, he has received several patents and awards and has driven emerging standards in analytics and distributed systems control. He continues to be involved in the technology startup and investment community and is chief technology officer at Open Data Group, which applies artificial intelligence and machine learning to transform industries such as financial services, insurance, and manufacturing. Stuart received his BS in computer engineering from UIC in 1994. He and his wife, Beth, have three children and currently live in San Jose, California.